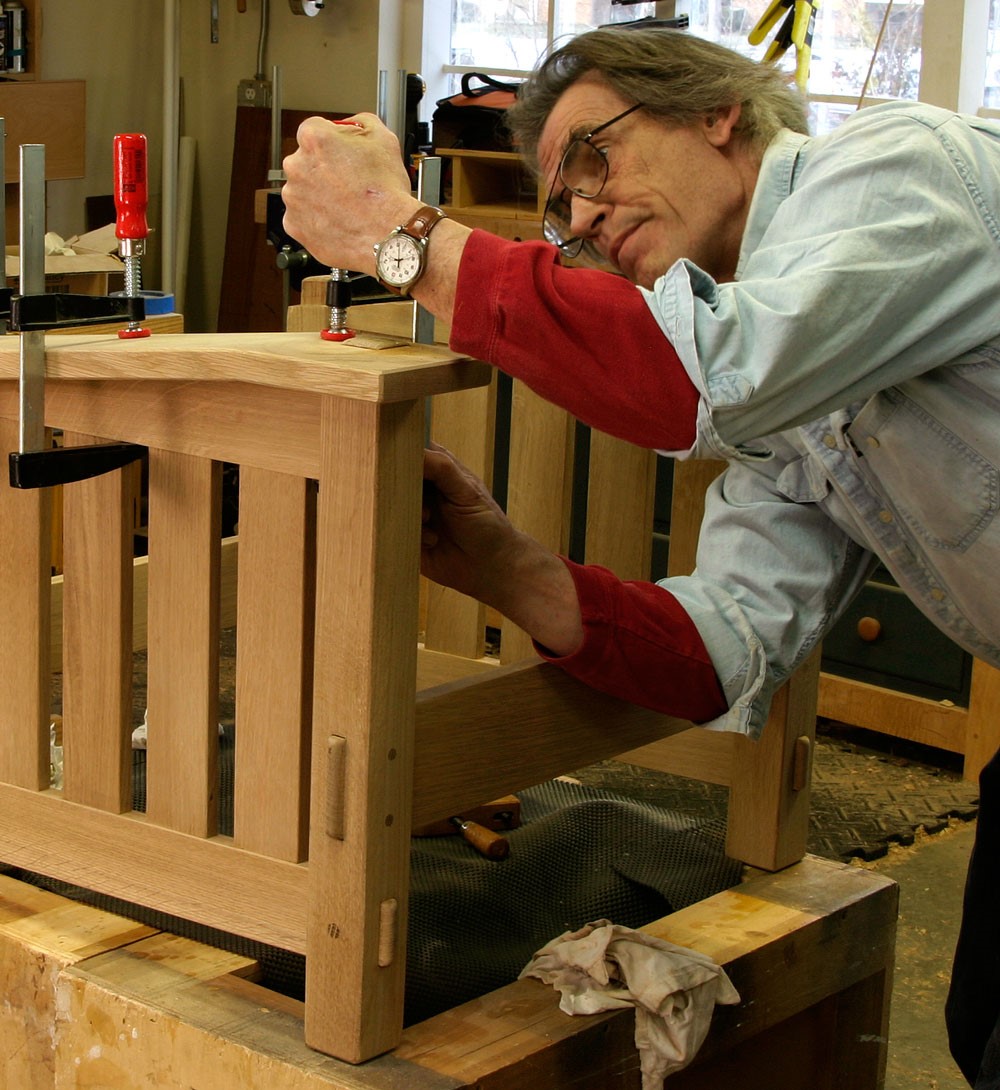 The virtual presentation for the September 17th meeting was on the subject of Arts & Crafts Furniture Style. The presenter was Bob Lang who is currently Editor of American Period Furniture, the annual journal of the Society of American Period Furniture Makers and is also Editor of Pins & Tails Newsletter. He is a former Executive Editor for Popular Woodworking Magazine. Check out his website readwatchdo.com and the recording of the Zoom meeting below.

His interest in furniture of the American arts & crafts period of the early 20th century began early on, and in 2001 his first book “Shop Drawings for Craftsman Furniture” was published, followed shortly thereafter by “More Shop Drawings for Craftsman Furniture”, “Shop Drawings for Craftsman Interiors” and “Shop Drawings for Craftsman Inlays and Hardware”. After joining the magazine, he wrote “The Complete Kitchen Cabinetmaker” and “Shop Drawings for Greene & Greene Furniture”, published by Cambium Press (now Fox Chapel) and “Drafting & Design for Woodworker’s” and co-authored (with Glen Huey) “Furniture in the Southern Style”. Bob began doing illustrations for the magazine in 2008 and was promoted to executive editor in 2010. Bob’s first self-published book in interactive PDF format “Woodworker’s Guide to SketchUp” appeared in 2010, and a second interactive PDF book “Building Blocks of SketchUp” was published in 2013. A third PDF book “SketchUp for Kitchen Design” was published in 2015.
Bob Lang left the staff of Popular Woodworking in 2014 to work independently. He currently carves and builds furniture in Cincinnati, Ohio and writes about and teaches woodworking and 3D modeling with SketchUp. In January 2018 he became the editor of “American Period Furniture” the annual journal of the Society of American Period Furniture Makers.
Bob’s printed books are among the few woodworking books published in the last 15 years to remain in print. His philosophy in publishing is the same as it is when building furniture, make something of the finest possible quality, and build it to last.